Wolves salute the past with new look for 2017-18 season 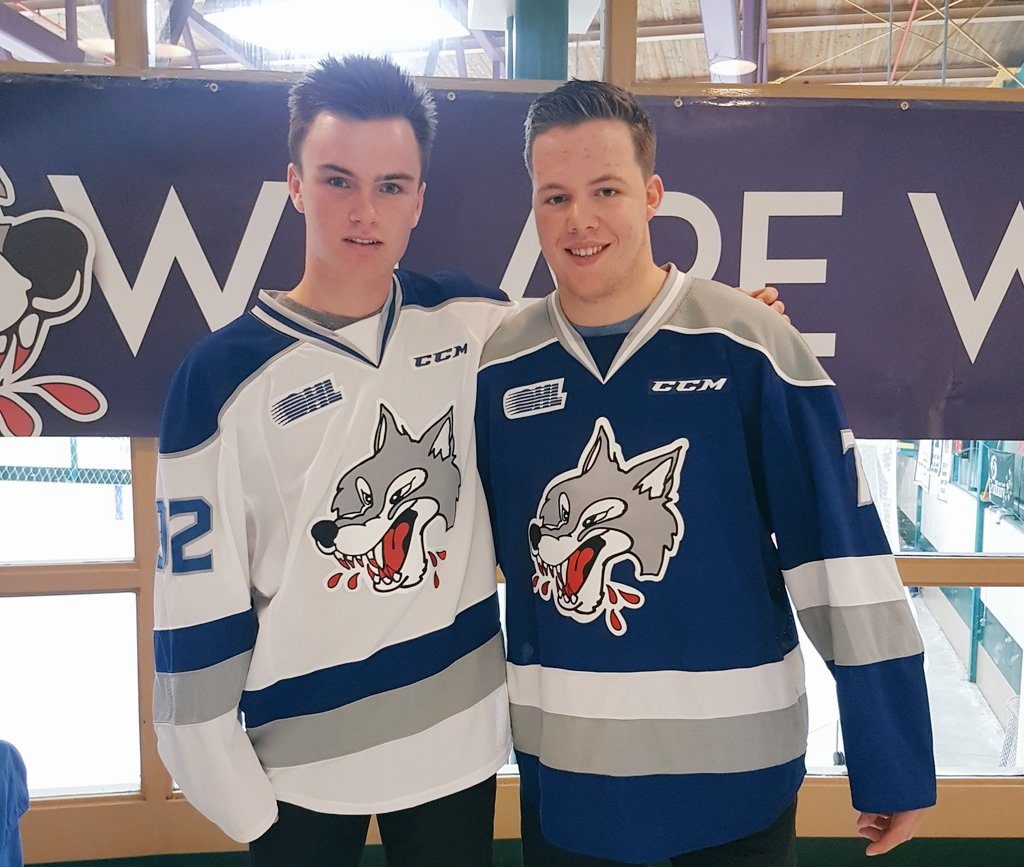 Sudbury, ON – The Sudbury Wolves are pleased to reveal the new look jersey designs for the team’s home and away sweaters during the 2017-18 season.  The new look is a serious overhaul from the past seven seasons which saw the team in a jersey with long and vertical styling.  The change has been warmly received by players and staff. Fans are encouraged to share their enthusiasm for the new look and the new season.

“The new look is really a fresh design, with a clean look that salutes some of the more successful seasons of the organization wearing the blue and white,” said Andrew Dale, VP of Marketing and Development. “Launching a new jersey design is one of the most fun aspects of working in sports and marketing.  We consulted with key stakeholders to get their opinions; from alumni and players to fans, volunteers and as an organization we felt the timing was right to signal a change in the new era of Wolves Hockey.  The jersey change is a symbol of what this edition of the Wolves organization believes – respect for the past, our history and tradition but a firm grasp of a fresh, clean and bright future.”

Reagan O’Grady and Blake Murray were on hand at Countryside Arena after the Wolves Hockey School among 40-50 people to reveal the jerseys.  O’Grady sported his familiar number 7 in the attractive blue jersey while Murray, the team’s first rounder in the 2017 OHL Priority Selection showed off his new number 92 white jersey for the fans and media in the audience.

“When we got a sneak peak at them in the spring before leaving for the summer with some of the guys, we were stoked to see this change,” said O’Grady. “I think that this small change reflects the feelings that Wolves Hockey matters and that people are excited about what’s going on at the Arena. This year there is just a completely different feeling going into the season and that’s exciting.”