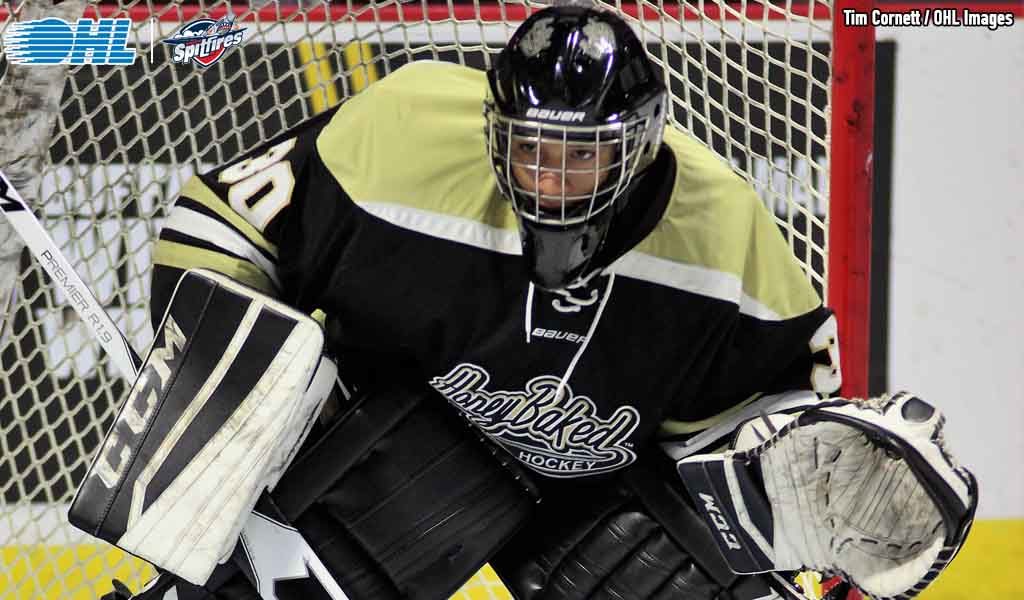 Medina, 17, was the club’s third round selection (#59 overall) in the 2018 Ontario Hockey League Priority Selection.

The native of Detroit, Michigan played in 36 games last season for the Oakland Jr Grizzlies U18s, posting a stellar 1.53 goals against average and a .928 save percentage.

Rychel says Medina’s game came a long way in what was an outstanding year.

“We took this player with a high pick for a reason and he’s improved tremendously,” Rychel said. “He’s an athletic goaltender with great puck handling ability. Our fans will get a good chance to see his skill set and athletic ability at this weekend’s mini-camp.”

Medina says he feels like he’s ready to play in the Ontario Hockey League.

“I’m super confident in my game,” Medina said. “My athleticism and compete are the biggest parts of my game. I think being able to play the puck well will be a big help to my teammates on the breakout.”

“I’m very excited to get to mini-camp on Saturday and show the coaching staff what I can do. Just really happy to have the chance to get out there and compete.”