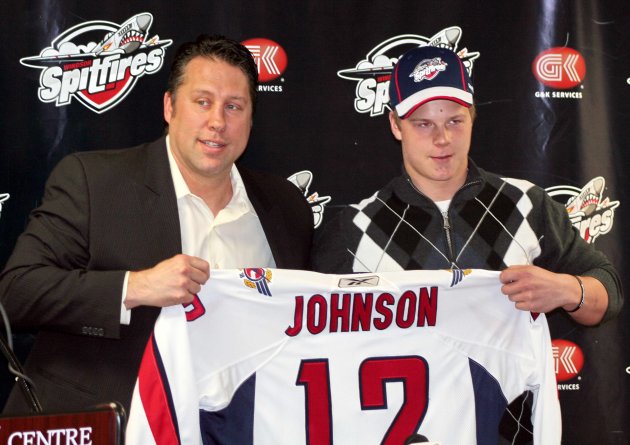 “I’m excited for the opportunity to play for the Windsor Spitfires, I love the city already and I’m looking forward to playing here.  I think playing in the OHL will help my hockey career, the OHL is the best junior league in the world and it will be a big step for me but one that I look forward to,” said Ben Johnson.

“The Windsor Spitfires are really excited to add a player of Johnson’s caliber; he has exceptional speed and is a solid two-way player who is tough to play against.  He’ll be one of the fastest players in the OHL next season.  Johnson has three years of eligibility to play in the OHL and he will fit in well with our talented 1994 crop of players,” said Warren Rychel.

Johnson’s parents are Kevin and Kate, and his are siblings Alina, Jessica, Anna and Jared.  Ben will continue his studies at St. Anne’s High School in Lakeshore, ON next season.