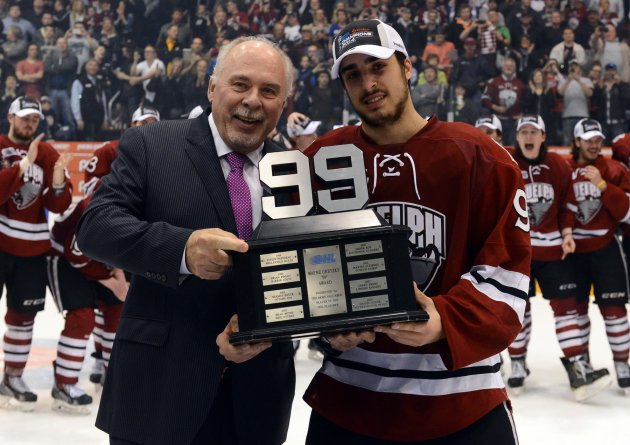 Robby Fabbri of the Guelph Storm was named Most Valuable Player of the 2014 OHL Playoffs and is the recipient of the Wayne Gretzky 99 Award.

The 2014 NHL Draft prospect recorded three assists in the series clinching Game 5 victory of the Rogers OHL Championship Series setting up the Storm’s final three goals in the 4-3 victory over the North Bay Battalion lifting the club to their third Robertson Cup in franchise history.

Fabbri, an 18-year-old from Mississauga, ON, finished the playoffs with 28 points in 16 games scoring 13 goals and 15 assists with a league-high 13-game point-streak that included eight multi-point games highlighted by a four-point performance with a hat-trick in Game 3 of the Rogers Western Conference Championship Series against the Erie Otters.

Fabbri becomes the second member of the Storm to claim the award following Martin St. Pierre in 2004.