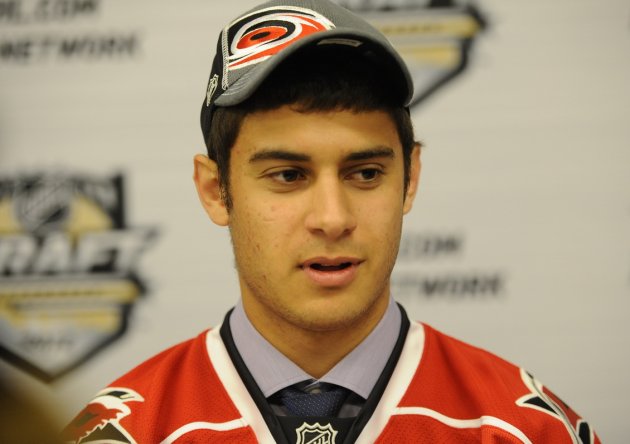 “Daniel has put together a nice junior career for Oshawa,” said Francis. “He is an important part of our goaltending picture for the future.”

Altshuller, 19, is currently tied for first in the Ontario Hockey League (OHL) in wins (20) and is third in the league in goals-against average (2.48) and save percentage (.920) in 29 games for Oshawa. The Ottawa native also led the OHL in wins during the 2012-13 season, after which he was awarded the Roger Neilson Memorial Award as the OHL’s top academic university or college player. Selected by Carolina in the third round, 69th overall, of the 2012 NHL Entry Draft, Altshuller has a career OHL record of 67-41-6 with a 2.83 goals-against average and three shutouts.

Altshuller was one of 48 OHL players selected in the 2012 NHL Draft in Pittsburgh.