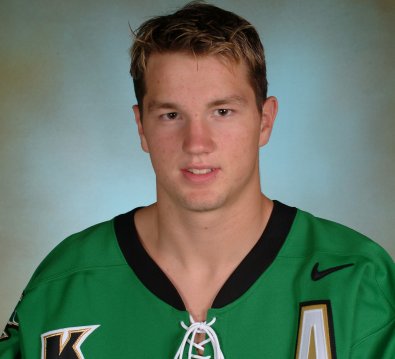 Drafted 4th overall by the Knights in the 2000 Ontario Hockey League Priority Selection, and the first player ever drafted under the Hunter regime, Nash established himself as one of the greatest players to ever wear a Knights jersey.  Nash will return to the city where his junior hockey career began and his elite talent was developed and improved.

In his rookie season with the Knights, Nash recorded 66 points in 58 games.  For his efforts, Nash was named to the OHL All-Rookie Team, in addition to receiving OHL Rookie of the Year honours.  In his second season in London, Nash continued to contribute offensively, tallying 72 points in 54 games, solidifying himself as one of the most exciting young prospects in junior hockey.

In 2002, the Columbus Blue Jackets selected Nash with the 1st overall pick in the NHL Entry Draft.  In his first season in the NHL, Nash was named to the NHL All-Rookie team.  Known as an elite goal scorer, Nash has continually recorded high goal totals throughout his career.  In 2003, Nash was a co-winner of the Rocket Richard Award, given to the player who records the most goals, lighting the lamp 41 times and becoming the youngest player to receive the honour.  Nash currently holds several Blue Jackets offensive records, including, goals, points, and power-play goals. He has also represented Canada on several occasions, and was an instrumental component of the 2010 Men’s Olympic Hockey Team that brought home Gold at the Vancouver 2010 Winter Olympic Games.

2021-22 Recaps
Friday Highlights: A look across the League
1 hour ago