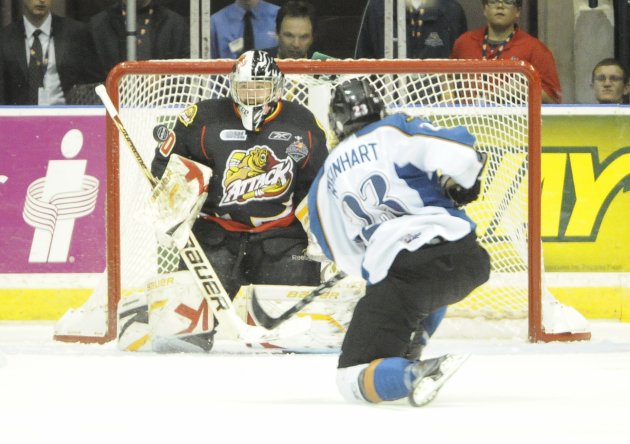 MISSISSAUGA, Thursday, March 26, 2011 – After falling behind by two goals, the Ice quickly recovered and registered six unanswered markers to go on to a 7-3 victory over the Owen Sound Attack and clinch a berth in the 2011 MasterCard Memorial Cup semi-final game.

Owen Sound opened the scoring at 7:12 when Cameron Brace scooped up a loose puck in the crease and easily pushed it behind goaltender Nathan Lieuwen.

Kootenay got a great opportunity to tie the game up at one with a two-man advantage with a few minutes left in the first, but they were unable to capitalize. After being unrelenting even with two players in the box, the Attack doubled their lead with a Jesse Blacker marker at 18:45.

The Ice offense got going in a big way in the second period. Erik Benoit directed the puck with his skate onto his stick and pushed it past Scott Stajcer at 7:48. Less than thirty seconds later, Kootenay tied the game up. Joe Antilla blasted a shot that beat the Owen Sound goaltender on his glove side. Finally, Matt Fraser helped the Ice go up 3-2 with a power-play goal at 11:14.

Matt Fraser, Cody Eakin and Max Reinhart each scored in the first five minutes of play of the third period to put the game well out of reach at 6-3.

At that point, Owen Sound made a goaltending change and brought in Jordan Binnington.

But it was too little too late.  Mike Halmo and Cody Eakin scored goals before it was all said and done. Matt Fraser earned first star honours with his three-point showing. 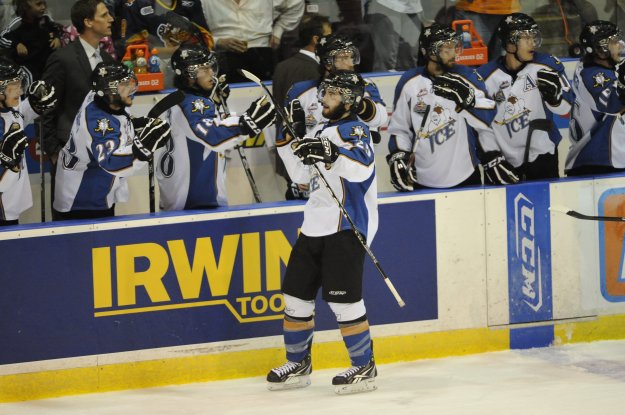 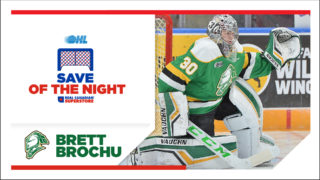