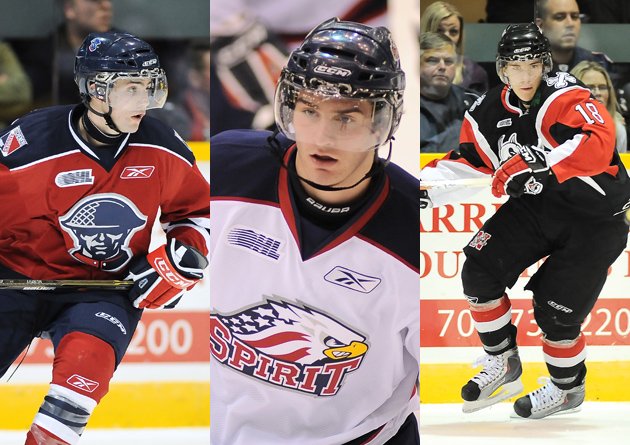 Three OHL clubs received a boost on Thursday when NHL clubs assigned members of the 2011 NHL Entry Draft class back to their junior clubs.

Murphy, an 18-year-old from Aurora, ON, was selected 12th overall by the Hurricanes and finished second in scoring among defencemen with 79 points in 63 games.

Saad, who turns 19-year-old later this month, is a Gibsonia, PA, native who was selected 43rd overall by the Blackhawks after his first OHL season where he scored 55 points in 59 games with the Spirit.

Strome, an 18-year-old from Mississauga, ON, was selected fifth overall by the Islanders after finishing third in OHL scoring with 106 points in 65 games.

All three players are expected to be in OHL lineups this weekend.