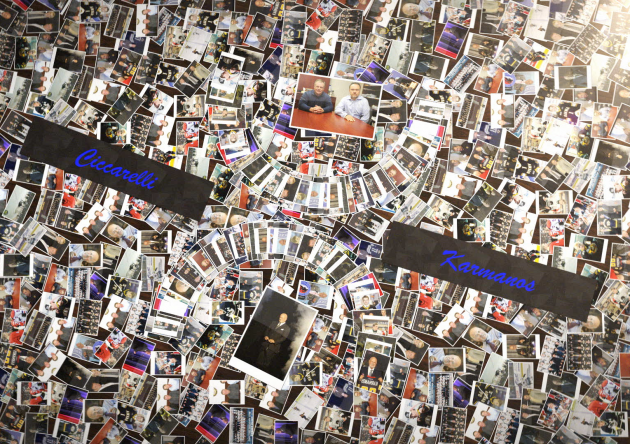 A pair of Ontario Hockey League builders were proudly recognized on Wednesday night at the league’s annual Board of Governors meetings at Niagara-on-the-Lake.

Karmanos began his time in the OHL as owner of the Windsor Compuware Spitfires in 1984 before playing a big role in OHL expansion into the United States.  In 1989, Karmanos led an ownership team that was granted an expansion franchise, leading to the birth of the Detroit Compuware Ambassadors who, over time, evolved into the Detroit Jr. Red Wings, Detroit Whalers, and Plymouth Whalers.  Karmanos won two OHL Championships during his time of ownership. The 1995 Detroit Jr. Red Wings and 2007 Plymouth Whalers both claimed the OHL crown before making appearances in the MasterCard Memorial Cup.  He was recognized by the OHL in 2010 as the recipient of the Bill Long Award for Distinguished Service, and will be part of the Hockey Hall of Fame’s induction class of 2015.

Ciccarelli began his OHL ownership with the Newmarket Royals in 1993-94 before the franchise relocated to his hometown of Sarnia in 1994-95 where the Sting have now enjoyed over 20 years in the Imperial City.  In 1999-2000, Ciccarelli received the OHL’s Executive of the Year Award presented to the executive whose team demonstrates success both on the ice and at the administrative level through excellent organization and franchise success.  With Ciccarelli at the helm, the Sting have developed notable alumni that include Steven Stamkos who is one of just six players in league history to be selected first overall in both the OHL Priority Selection and the NHL Draft.

The OHL would like to thank Peter and Robert for their many years of passion and commitment to the league. 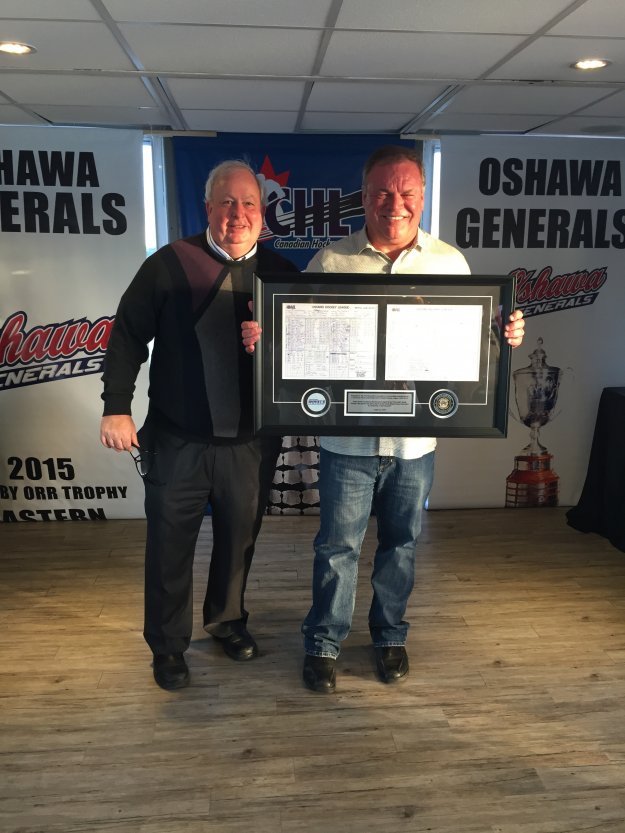 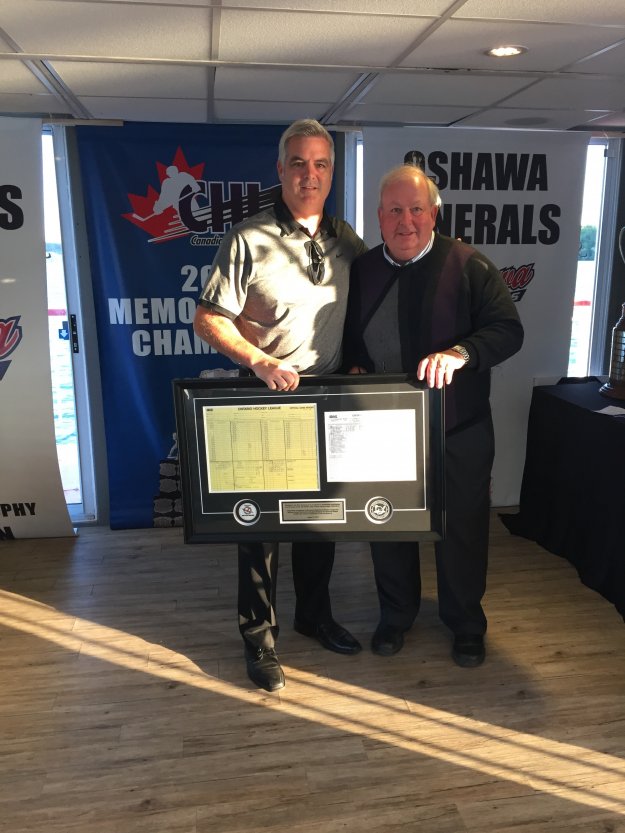 OHL Chairman of the Board Dr. Robert Neville with presentations to Robert Ciccarelli (left) and Mike Vellucci (right) accepting on behalf of Peter Karmanos.