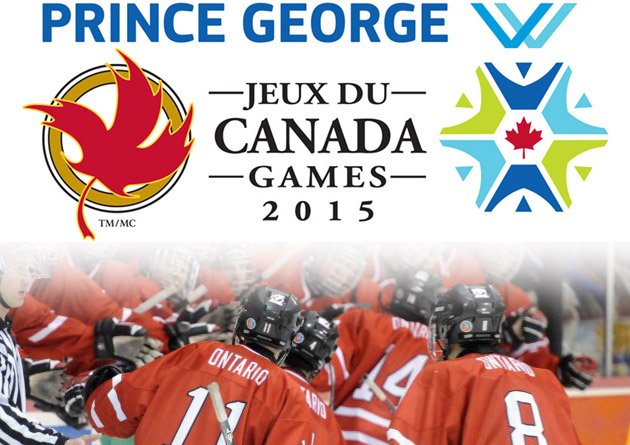 With playoffs in full swing across Ontario, some of the province’s top minor midget talent will take a break from league play to compete in the 2015 Canada Winter Games in Prince George, BC, next week. The bi-annual event that rotates between winter and summer formats every two years is already underway, with men’s hockey events beginning on Sunday, February 22.

Ontario looks to return to the top of the podium for the first time since 2007 after finishing fourth in the 2011 Canada Games in Halifax, NS, when the event first featured under-16 talent. Notable performers on past Ontario squads include Chris Pronger (1991), Brad Boyes (1999), Cody Hodgson, Alex Pietrangelo, Nazem Kadri, Adam Henrique, Steve Stamkos (2007), Darnell Nurse, Nick Ritchie, Bo Horvat and Max Domi (2011).

Director of Operations and former Brampton Battalion forward Patrick Sweeney has joined forces with Team Ontario Head Coach and Owen Sound Attack assistant Drew Bannister to put together a versatile roster that includes some of the top under-16 talent from across the province.

Bannister, who played in the 1991 Canada Games before a subsequent four-year OHL career with the Sault Ste. Marie Greyhounds, says putting the team together has been an extensive process. “I’ve spent a lot of hours at the rink this winter, putting in extra time and trying to ensure that we have the proper kids on this team,” he said. “It’s not always an easy process when you have to bring guys into one room who haven’t had much experience playing together and you’re tasked with achieving success in a short period of time.”

The Ontario squad consists of 20 players from across the province eligible for the 2015 OHL Priority Selection, with 10 coming from the GTHL, four from the ALLIANCE and OMHA and two from the OEMHL. With the unfamiliarity of new teammates, Bannister says the emphasis has to be channeled into the appropriate areas. “There’ll always be a lot of systems-related things you want to do with the group and that takes time. I think we need to make sure we’re focusing on working and competing as a team and ensuring that everyone is buying-in to what’s put in place.”

Director of OHL Central Scouting Darrell Woodley says this year’s Ontario squad boasts a big, mobile blueline. “All of the defenders included on the roster have big, projectable frames and they all possess strong skating abilities,” he said. “There is a good combination of high end skill guys and versatile role players up front that can perform in a wide variety of situations. There’s definitely been an effort to compile a well-rounded group of players on this team.”

Two of the province’s top netminders will team up in the crease as Brendan Bonello of the Toronto Titans and Michael DiPietro of the Sun County Panthers will share the load in goal.

Team Ontario begins the tournament against Manitoba on Sunday evening before taking on New Brunswick on Monday and battling British Columbia on Tuesday to wrap up the preliminary round. The bronze medal game will be played on Saturday while the two top teams will battle for gold on Sunday at 2:30pm ET.

For more details on the 2015 Canada Winter Games, visit www.canadagames2015.ca.