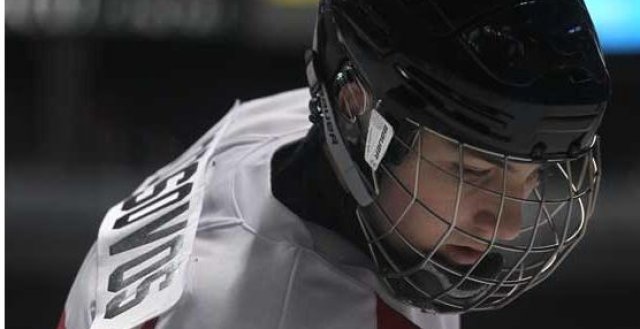 Originally drafted in the 13th Round of the 2012 OHL Priority Selection, Kotsovos, a 6’0, 170-pound defenceman from London, Ontario, was in his first season with the Junior B London Nationals.

“We’re pleased to add Anthony to the Spitfires organization,” Rychel said. “His play has improved greatly this season and really since we drafted him. He will add depth to our defensive group. It’s a great story when you can add a 13th Round pick that can play to your lineup.”

Kotsovos says he’s thrilled to join the club, and live out a dream, if not a little shocked.

“It was so unexpected. I had no clue.” Kotsovos said. “I thought it was kind of a joke. I thought it was one of my buddies messing around. But by the end of it, it sounded like he (GM Warren Rychel) knew what he was talking about.”

Kotsovos, 17, says despite the element of surprise, he’s ready for his opportunity.

“This is a huge chance for me to show what I can do. It’s a test and I have to go in now and work hard. I’m definitely a grinder. I like to play physical. I like to win battles. My shot has improved this year. My focus is the defensive side and I sure don’t mind the dirty work, in the corner and on the penalty kill.”

Kotsovos is expected to be in the lineup tonight, wearing #25, as the Spitfires host Kitchener.