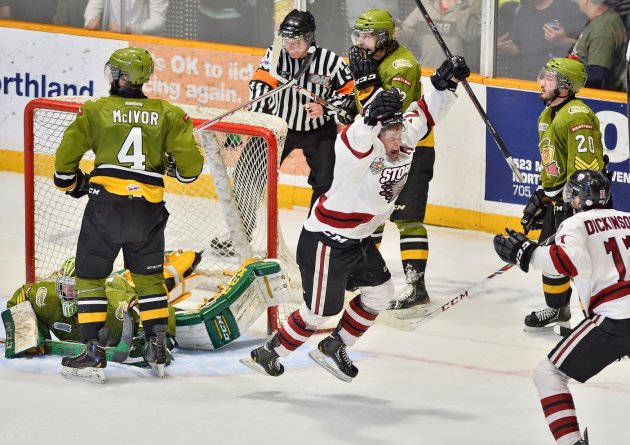 The Guelph Storm scored twice in the final 30 seconds to beat the North Bay Battalion 4-3 in Game 3 of the Rogers OHL Championship Series.

Trailing 3-2 late in the third period, the Storm pulled goaltender Justin Nichols and capitalized with the extra attacker when Zack Mitchell tipped a Nick Ebert shot from the point to tie the score.

Then just 19 seconds later, Brock McGinn was rewarded with the game-winner burying a loose puck in close with just over 10 seconds to play in regulation to stun the Memorial Gardens crowd of 4,248.

The win gives the Storm a 2-1 series lead, with Game 4 set for Wednesday night in North Bay.

Mathew Santos opened the scoring for the Battalion with his second of the playoffs at 14:01 standing as the lone goal of the first period.

Tyler Bertuzzi and Barclay Goodrow traded goals in the second period as the Battalion led 2-1 after 40 minutes.

Robby Fabbri tied the game with his 12th goal of the playoffs at 6:47 of the third before Dylan Blujus gave the Troops a 3-2 lead at 9:03.

The Storm outshot the Battalion 44-26. 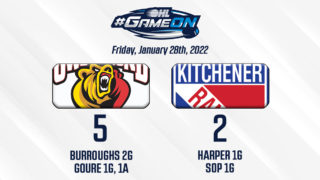 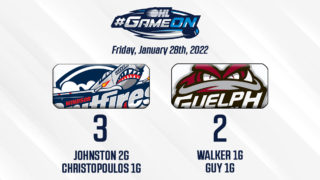 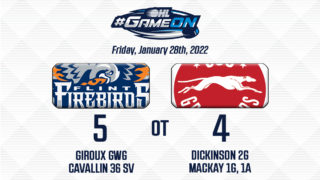 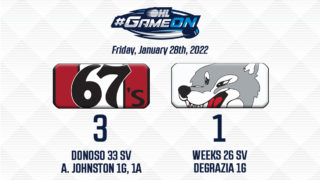 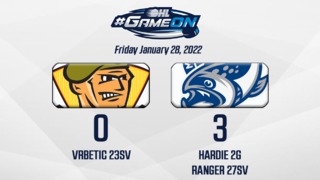