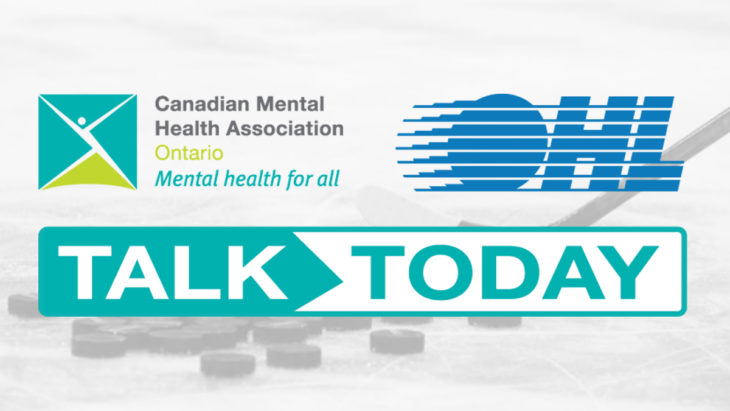 Canadian Mental Health Association (CMHA), Ontario is a not-for-profit, charitable organization funded by the provincial Ministry of Health and Long-Term Care. We work to improve the lives of all Ontarians through leadership, collaboration and continual pursuit of excellence in community-based mental health and addictions services. Our vision is a society that embraces and invests in the mental health of all people. We are a trusted advisor to government, contributing to health systems development through policy formulation and recommendations that promote positive mental health. Our 29 local CMHA branches, together with community-based mental health and addictions service providers across the province, serve approximately 500,000 Ontarians each year.

Talk Today is a mandatory program that works in conjunction with the OHL’s other league programs in areas such as drug awareness, health and safety education, respect for women, and has become an important piece of the league’s ‘Players First’ guide. 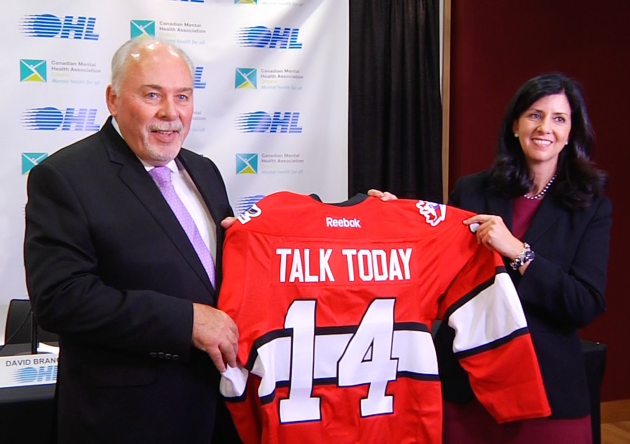