Kingston, Ontario – As the Kingston Frontenacs prepare to begin the 2021-2022 season, the franchise has unveiled a new logo that represents the future and acknowledges the past.

The Kingston Frontenacs new primary logo keeps the design elements from the team’s 2012-2021 logo, but incorporates a gold finish. The hockey club will also be introducing a new secondary logo that pays tribute to the team’s past, bringing back the “spoked K” logo that was utilized on multiple occasions (1989-1995, 1995-2000 and 2007-2012).

“We are proud to introduce our new identity to our fans,” said team President and Governor, Doug Springer. “We have had a lot of great memories as a franchise that started with the Kingston Canadians and Raiders. Since we became the Kingston Frontenacs in 1989, we’ve been referred to as “the Black and Gold”. It’s great that our fans and our community can officially say we ARE the Black and Gold.”

The Kingston Frontenacs season begins on October 8, 2021 when we take on the visiting Ottawa 67’s. Season tickets are on sale now at www.myfrontenacs.com. 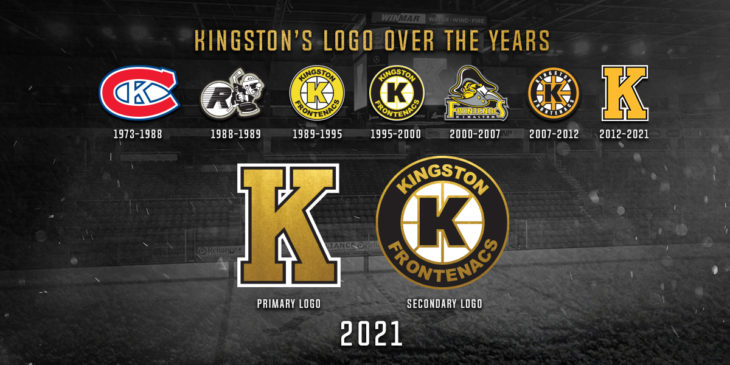 2021-22 Recaps
Friday Highlights: A look across the League
2 hours ago